In 2018, R-M invited a variety of international, prestigious designers from Europe to initiate the R-M THE CODE project, to showcase their visions for the future of mobility. A total of 10 designers from 10 countries worked on various forms of transportation over a one-year period on individual projects, including an Aston Martin, a driverless battery electric bus, an electric scooter and a boat. R-M supports the designers with its color database and refinishing competence as well as its experts from its color laboratories. THE CODE stands for a special color code for each designer and each project. R-M THE CODE has been launched in Asia with the visionary, award-winning designer Michael Young in China. 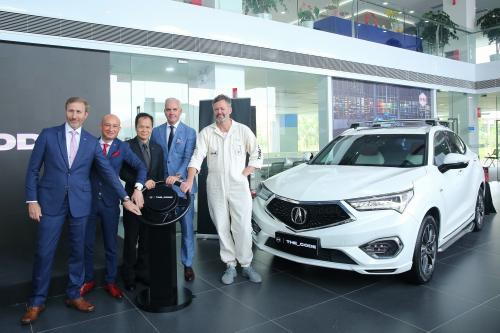